Centre for Material Texts - Research into the physical forms in which texts are embodied and circulated.

Scriptorium - A digital archive of manuscript miscellanies and commonplace books from c.1450-1720. 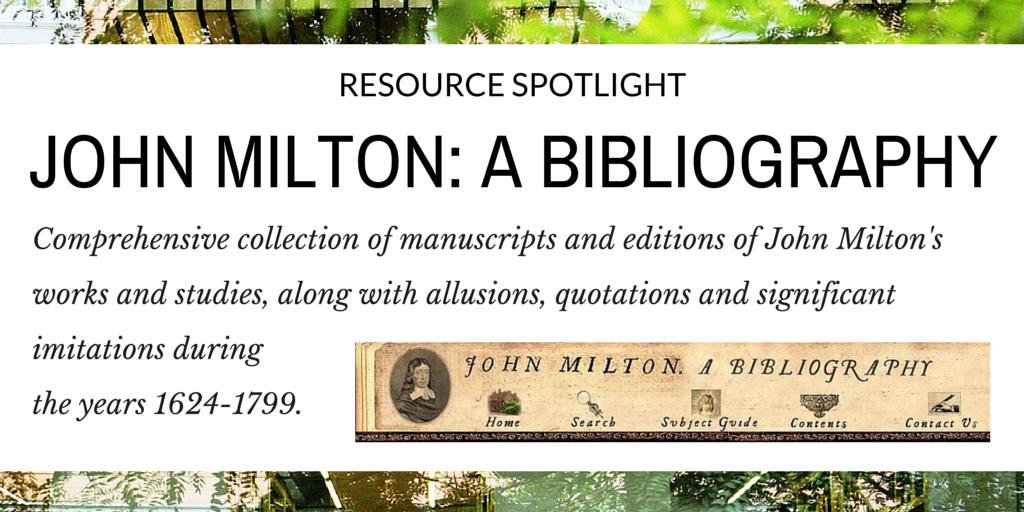 The TIDE project - A project investigating 'travel, transculturality and identity in England, c. 1550-1700'; its 'keywords' discuss and give examples from early modern texts of terms such as 'alien', 'blackamoor', 'citizen', 'foreigner', 'Indian', 'Native', and 'Turk'.

Perseus Digital Library - All major works of classical literature with translations in parallel.

British History Online - Digital library of key printed primary and secondary sources for the history of Britain and Ireland, with a primary focus on the period 1300-1800. From the Institute of Historical Research

The Philological Museum - Digital collection of Humanistic letters and texts hosted by The Shakespeare Institute of the University of Birmingham.

DEEP: Database of Early English Playbooks - Searchable database of every playbook produced in England, Scotland, and Ireland from the beginning of printing through 1660. Includes title-pages, advertising features, bibliographic details, and theatrical backgrounds.

Early Stuart Libels - a collection of early seventeenth-century political poetry from manuscript sources, many of which have never before been published.

Iter Gateway to the Middle Ages and Renaissance - Includes the Iter Bibliography database with over a million citations for secondary source material from 400-1700.

John Milton: A Bibliography - Comprehensive collection of manuscripts and editions of Milton's works and studies, along with allusions, quotations and significant imitations during the years 1624-1799.