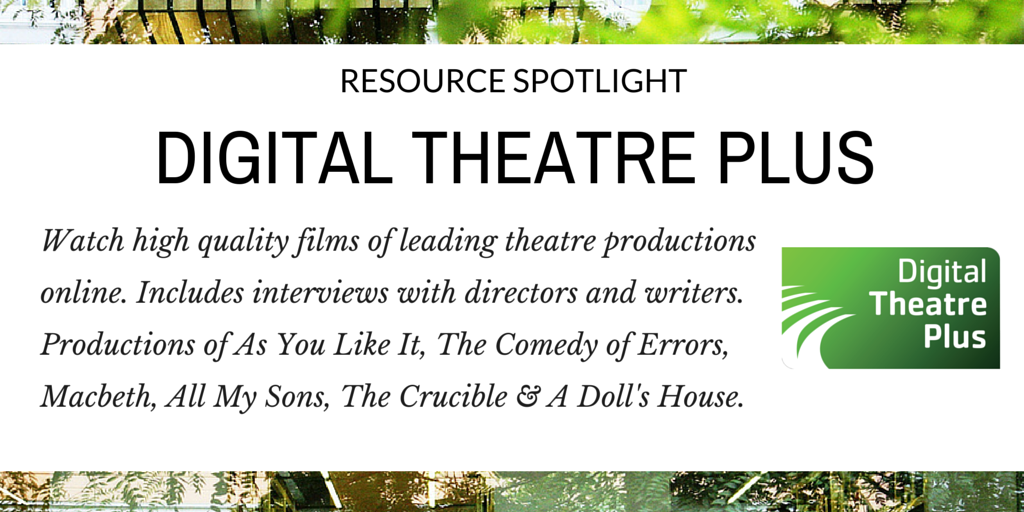 English Drama - Holds more than 3900 plays in verse and prose from the late 13th century to the early 20th century.

Didaskalia: Ancient Theatre Today - A peer-reviewed electronic journal dedicated to the study of all aspects of ancient Greek and Roman performance.

Archive of Performances of Greek & Roman Drama (APGRD) - A research project based in the Classics Centre at the University of Oxford, investigating the performance of ancient texts, from Greek tragedy to Roman epic, from stage to screen, from antiquity to the present day.

See also: Greek Theatre at the National Theatre timeline for more videos and information about past performances of Greek plays at the NT.

Performance Rhizome - The English Faculty’s research community in the area of Performance.

Judith E Wilson Drama Studio -  Performance and rehearsal space, located in the basement of the Faculty of English.