Blake: an illustrated quarterly - A peer-reviewed scholarly journal devoted to William Blake, the British poet, artist, and engraver, and his circle. See also: Open-access digital archive of past issues.

William Wordsworth's "The Prelude" - Recording of 2010 reading of The Prelude by faculty members.

Centre for Material Texts - Faculty group for research into the physical forms in which texts are embodied and circulated. 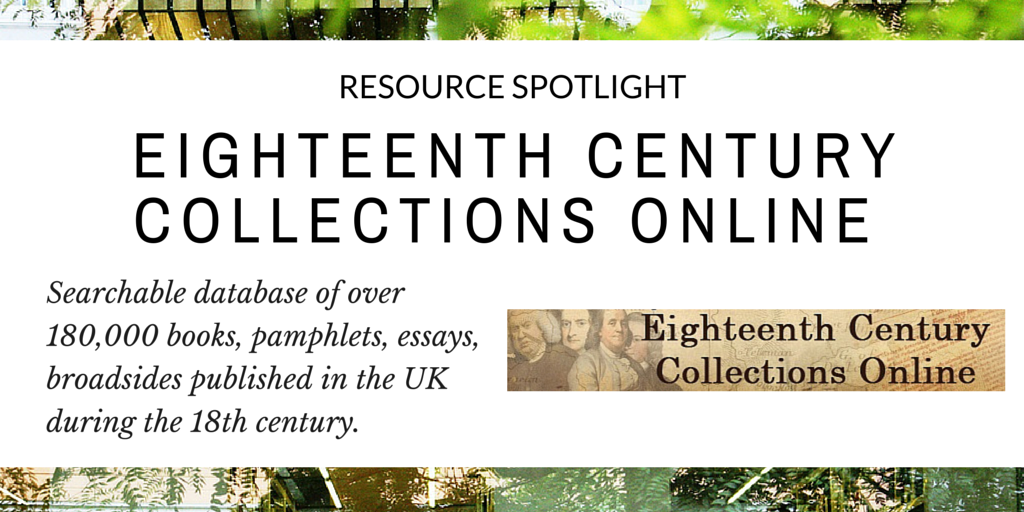 Brief Guide to ECCO - a guide by English Faculty Library, Cambridge (University of Cambridge access only)

Eighteenth century journals III - A collection of rare journals printed between c.1685 and 1815.

Literary Manuscripts - Facsimile images and transcriptions of 190 manuscripts of 17th and 18th century verse from the Brotherton Collection, University of Leeds.

Eighteenth-Century Poetry Archive - a collaborative digital archive and research project devoted to the poetry of the long eighteenth century.

The Digital Miscellanies Index - A searchable record of the contents of more than 1,600 poetic miscellanies published between 1680 and 1700.

British Fiction, 1800–1829: A Database of Production, Circulation, and Reception – A database of bibliographical records of 2,272 works of fiction written by approximately 900 authors, along with a large number of contemporary materials.

​'Celebrating Dickens' - Documentary from the University of Warwick exploring the life and works of Charles Dickens and his enduring legacy.